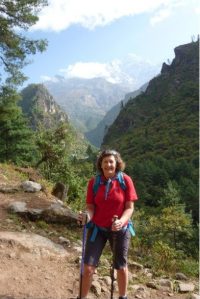 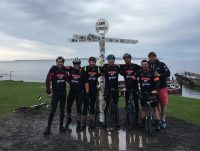 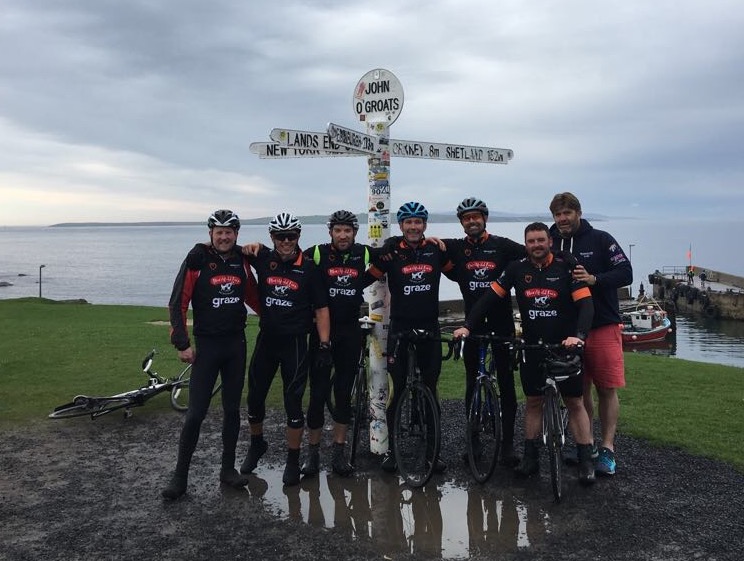 With around 80,000 carried out each year, hip replacements are one of the most common elective surgical procedures in Britain. We speak to 41-year-old Rhys Gwilliam who managed 16 years of pain before his hip replacement surgery with specialist orthopaedic consultant Matthew Burwell. It has transformed his life.

Hip replacement surgery has changed the lives of millions of patients. An individual’s quality of life can be significantly impacted by hip pain yet many people delay speaking to their GP for fear of the unknown. Talking to an experienced specialist takes away the ‘unknown’ and helps individuals understand the treatment options available today.

“The level of daily pain caused me to limp and at times use a stick to get around; I was becoming very frustrated and tired.

Having been reluctant to go down the hip replacement route I looked into other treatments, such as stem cell therapy, in an attempt to put off the inevitable. I am now asking myself why I didn’t have the operation sooner. I managed 16 years of pain, initially continuing to play at full international level and then at veterans’ level before life became very difficult.

Working in a sporting environment, I had to reduce my activity levels down as I was physically unable to tolerate the pain anymore.”

What patients want is a pain free hip that functions well. Hip replacement surgery is very successful in relieving pain. Patients notice the day after surgery that the pain they had has gone.

“Having had six previous operations on my hips, before meeting Mr Burwell, I was sceptical about the possibilities of surgery. My previous operations have taken place in London and Cambridge and were the catalyst to the end of my international hockey career.

The level of pain slowly increased over time. Five years ago I was in daily pain, often acute pain, with my leg frequently giving way and causing me to stumble or fall over. The pain was causing me to lose significant amounts of sleep every night. I was unable to run, or even kick a ball with my young children, which as an ex-international sportsman with a job that involves a lot of sports coaching, proved to be problematic.

Leading such an active life and a career involving sport, I needed to find something to maintain my level of fitness. I wanted something with enough of a physical challenge to satisfy my competitive spirit too. My escape came in the form of cycling where the level of pain rescinded and my fitness gradually increased as I enjoyed the freedom and challenge.

I was extremely worried about having a hip replacement at the relatively young age of 41, due to my perceived understanding of the lifespan of the replacement itself. I was concerned that having the operation would force me into an even more sedentary life in order to preserve the new joint.”

Hip replacement surgery involves replacing the parts of the hip which are damaged. The hip is a ball and socket joint which allows movement in many directions. Over time the hip becomes damaged. The bones develop extra bone on them which makes them stiff, the soft tissue becomes thickened and contracted which causes stiffness, resulting in the patient having difficulty in, for example, touching their toes.

“From the very first consultation with Mathew Burwell my mind was put at ease. He had discussed my case with his team of experienced specialists and talked through the options open to me. He alleviated any worries I had about my quality of life after surgery.

Things moved quickly after my first consultation. There was some flexibility with operation dates to fit around my work commitments. The information provided on what was going to happen during the operation including the guidance for post-operative care was extremely accurate and helpful.

The care I experienced was first class. Everyone at the hospital was extremely kind and made, what could be a traumatic experience for me and my family, as stress-free as possible. I felt well-informed and supported at all times.

The quality of support from the specialist physiotherapists was excellent, from the day after the operation where I was out of bed, trying (and failing!) to stand up, through to the guidance and advice that was offered after leaving the hospital was superb.

After the operation, I was driven to find out what I was able to do and keen that I didn’t push myself too far too soon and damage the implant. The physiotherapists supported me in a caring and understanding manner, advising me on how best to handle myself and the volume of the exercises. This helped put my mind at rest and gave the reassurance I needed.

It did take some time to recover from the procedure; the days after seemed to drag. Looking back now, those days were literally only a few days of discomfort when moving. In reality, the very short time of discomfort was worth it given the quality of life that I’ve regained.

I am now totally pain-free, don’t walk with a limp and have a quality of life that I never thought would be possible.

“In February this year, I was able to go with my wife and family skiing. I was delighted to ski behind my nine-year-old daughter as she skied down her first ever black ski run. I am now playing football with my children in the park, running races with my son, playing cricket with my daughter, tennis and golf with family and friends and taking a full and active role in work again. I have also achieved two huge lifelong ambitions in cycling.

All this within 12 months of my operation.”

Rhys’s lifelong ambition:
“The first time I was allowed to step onto any form of bike was January 8th 2018, four months after my operation.
With a huge amount of support, guidance and focused training from the team at the hospital and family and friends I joined a group of cyclists to embark on a cycling challenge. We were to ride the 1000 miles from Lands End to John O’Groats in 9 days.

“On 5th May 2018, after being able to ride a bike again for less than 4 months, the journey began. There were a number of huge highs and one or two lows along with way, but the hip worked perfectly. There wasn’t a moment’s worry on any of the long hot days in the saddle, the cold damp conditions in Scotland, the steep mountain climbs or even when I fell off and landed square on my new hip. I did not have a moment’s concern or feel any hip pain. My new hip worked like a dream. At 5.30pm on 13th May the team rolled into John O’Groats having completed the ride.

“After a period of recovery, 3 days actually, my cycle training changed focus to hill climbing. The distance training was reduced and was replaced by riding uphill as much as possible, for which Bath is quite useful with plenty of slopes to get stuck into! My summer challenge was to ride up one of the most iconic cycling climbs in the world of cycling, Mont Ventoux, often referred to as “The Giant of Provence”, with a summit of 1,912 meters.

“Mont Ventoux has been part of the Tour de France for over 16 times since the 1950s. The most challenging route up the mountain was from Bedoin, at a distance of 21.5km that includes sections that reach just over 20% incline.

“On reaching the top and seeing the snow-capped mountains of the Alps stretching out in front of me, the realisation of what I’d achieved post-operation started to dawn on me and the sense of achievement was profound. It was such a positive feeling that I decided to climb the mountain a second time, a week later, on my 42nd birthday!

“I would never have been able to undertake these challenges before my surgery. Not only that; the fact that I am able to undertake my job without being in pain, play sport with my family, involve myself in the impromptu activities that happen on the beach or on holiday, without a care, has transformed my life.

“In a nutshell, the advice, care and support from Matthew Burwell and his team have been second to none.

“I have always been made to feel at the centre of what they have been doing, felt that everyone has had time for me, to answer my questions and listen. Their attention to detail has been truly outstanding.

“I have completely changed my mindset with regards to hip replacements and this is solely down to Matthew Burwell and his extensive knowledge and experience. From someone who was a real sceptic, I am now a total convert and wish that I’d not “put-up” with the pain for all of those years and had it done sooner.

“The one thing I would say to anyone who is wondering whether this is something to have done now or should they wait a few more years is; surgery has transformed my life.

“The quality of life that I now have is significantly better than before my operation and I am able to do things with my family that previously were prohibitive due to the pain. I am now totally pain-free, even after strenuous exercise, and this is thanks to the advice and skill of Matthew Burwell. I could never repay what he has given back to me. Thank you.”

“Hip replacement surgery is the most effective operation in medicine for relieving pain, increasing the range of movement and return to function. When patients come back to me for review at 6 weeks after their surgery most patients’ are comfortable, walking independently and quite happy with their progress. And quite soon they are back to the activities they enjoy.” says Hip Specialist Matthew Burwell